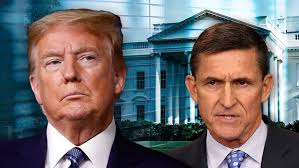 -only to have the Justice Department drop the case after Flynn's attorney, Sidney Powell, fought for the release of information suggesting that the FBI laid a 'perjury trap' to try and get him to lie.

The 'deep state' judge in the case, Emmet G. Sullivan, refused to drop the case, and has instead asked a federal appeals court - twice - whether he can ignore the DOJ, after asking a government-paid private lawyer to argue against Flynn.

The rumored pardon, reported by Axios, will be "part of a series of pardons that Trump issues between now and when he leaves office," as is typical of outgoing presidents.

That said, according to Fox News' Greg Jarrett, Flynn doesn't want a pardon. "He wanted full exoneration and the case dismissed," adding that "it's clear" that presiding judge Emmett Sullivan is trying to 'run out the clock' until Biden takes office, and recommends Trump go through with a pardon.