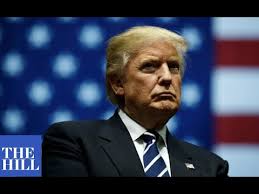 ...cost in the eyes of wealthy donors like Sheldon Adelson would outweigh the benefits in terms of popularity with voters.

Bandow hopes that Trump's policy toward North Korea, at least, will be preserved in the next administration—a policy that recognizes that North Korea is no threat to America so long as America doesn't first threaten Korea. The South Korea-led peace talks that Trump participated in nearly led to an official end to the Korean War, says Bandow, and were only sabotaged because Trump had surrounded himself with bad advisors who didn't really want things to work out. Sadly this has been the story of Trump's whole four years in office.

Discussed on the show:

"The Lost Opportunities of the Trump Administration" (Antiwar.com Original)

"Is Mike Pompeo the Worst Secretary of State in History?" (Cato Institute)

"Exclusive: Esper, on his way out, says he was no yes man" (Military Times)