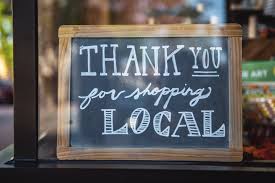 Nationwide retail sales grew by only 0.3 percent last month, the Commerce Department reported, much slower than in September and before the nationwide surge in coronavirus cases seen in recent weeks that has some states reimposing business restrictions.

It also augurs poorly for the overall economy, which seems bound to endure months of widespread Covid-19 infections without renewed aid from Congress, since lawmakers have not managed to bridge the months-long impasse over how much more to spend to help the country recover from the pandemic's damage.

"This is consistent with a recovery that's positive but losing momentum and at risk of being knocked off track in the winter," Ernie Tedeschi of Evercore ISI said on Twitter of the data.

Yet even amid the retail sales slowdown, some businesses are still making money in the world's largest economy.

Walmart's profits came in well above forecasts with a surge to $5.1 billion -- 56.2 percent more than the year-ago period -- based largely on the strength of its online sales.