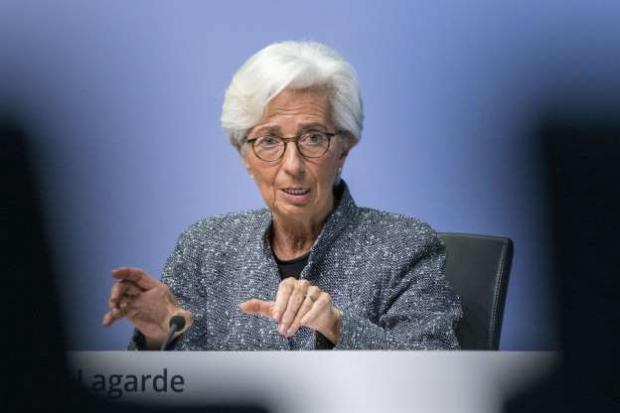 "My hunch is that it will come," Lagarde said Thursday during a virtual panel discussion hosted by the ECB. "If it's cheaper, faster, more secure for the users then we should explore it. If it's going to contribute to a better monetary sovereignty, a better autonomy for the euro area, I think we should explore it."

The president said it might be two to four years before the project could be launched as it addresses concerns over money laundering, privacy, and the technology involved.

That's still fast compared to its peers. On the same panel, Federal Reserve Chair Jerome Powell and Bank of England Governor Andrew Bailey reiterated their caution. Powell said the Fed will "carefully and thoughtfully" review the issue, and Bailey said there's a "lot of hard work to think through the implications."

The ECB took a major step last month by launching a public consultation that runs until the middle of January. Policy makers intend to decide around mid-2021 whether to initiate a full-fledged project and prepare for a possible launch.