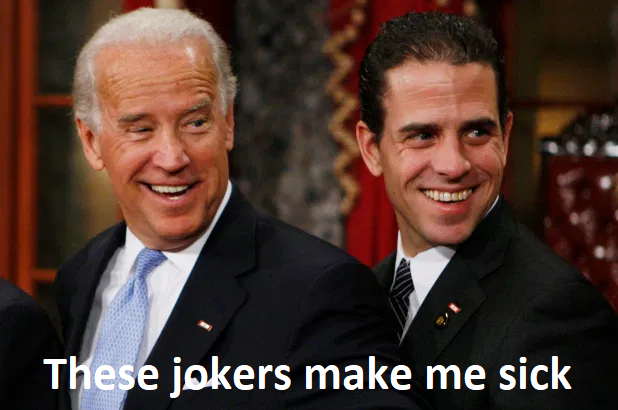 (Natural News) While former Vice President Joe Biden was getting cash and equity kickbacks from his son's crooked business deals with foreign governments, a Chinese company with deep CCP ties was strategically positioning their team to take advantage of Hunter Biden's firm so they could ultimately take control over major swaths of American real estate.

In 2015, Gemini Investments claimed a large stake in Rosemont Realty, a sister company of Hunter Biden's Rosemont Seneca firm. The Chinese used their majority stake to take advantage of the U.S. They pledged $3 billion for "commercial office property acquisitions" in the US. This gave the Chinese power over 8 million square feet of American real estate in thirteen states, as Hunter Biden's firm became a wide-open door for the Chinese to take advantage of the United States.

CCP uses corrupt Biden family to take power in the US

Gemini Investments aren't simply owned by rich Chinese people looking to expand their business operations. The group is a subsidiary of the Sino-Oceans Group – a state owned enterprise that includes high ranking Chinese Communist Party members sitting in high level leadership positions. The CCP knows exactly how to gain influence, property, and power in the US — and that begins by using the Biden family. (Related: Former NYPD commissioner: I've seen Hunter's hard drive, the Bidens 'belong in handcuffs.')

The CCP is finding ways to control American real estate, through these Biden family-connected firms. For example, Li Ming is not only Chairman and President of Sino-Oceans Group, but also became the newly elected member of the 13th National Committee of the Chinese People's Political Consultative Conference. Even more concerning, Sino-Oceans Group is a branch of a Shanghai-based logistics company called COSCO Shipping. A task force within the U.S. House of Representatives has declared this company a "thinly veiled arm of the Chinese military." COSCO's website even boasts that 11 of their 13 executives are high-level officers affiliated with the Chinese Communist Party.

Sino-Ocean Group is taking advantage of the Bidens to gain territory within the United States, to potentially acquire future military bases and terror cells within the US. Is China slyly preparing for a military takeover of the US, using strategic land acquisition?

Don't Believe the COVID Case Numbers; It's a Scam