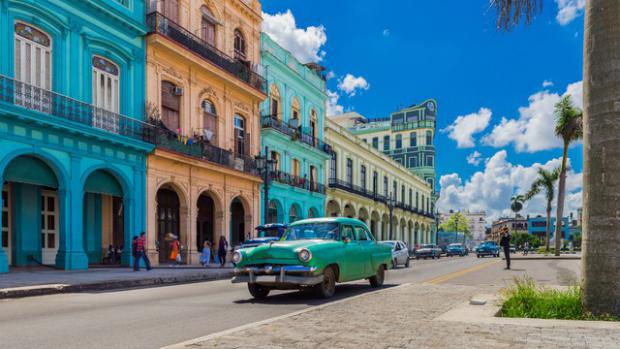 Recall that starting in 2016 into 2017 there were bizarre reports that nearly two dozen American diplomats - and a handful of Canadians - serving at embassies in Havana suffered hard-to-pin-down symptoms from the alleged "sonic attacks". Personnel reported experiencing everything from vomiting to concussions to chronic headaches to minor brain injuries.

"It's a very complicated situation and there is not yet any complete US government analysis which definitively tells us precisely how these all came to be, whether they're part of a single cohort," Pompeo told reporters Wednesday.

"There are multiple theories, and you should know there are significant US government resources... three-plus years on, devoted to getting to the bottom of this and then holding those responsible accountable should we determine that that's required," he said.

It was thought serious enough for the Trump administration to withdraw half the US embassy staff while expelling Cuban diplomats in September 2017, given the 'sound waves' were thought intentional, or "specific attacks". Investigators had offered several theories about a high-tech attack by Cuba's government, or perhaps a rogue faction of its security forces, or possibly a third country like – wait for it - Russia. Another theory was that an eavesdropping device may have gone awry.

The whole episode gave rise to endless theories, even that it was a natural phenomenon due to sounds produced by crickets in Havana, according to one scientific inquiry featured in The Guardian in 2019. Other scientists posited the possibility of mass hysteria among staff serving in a high stress environment.