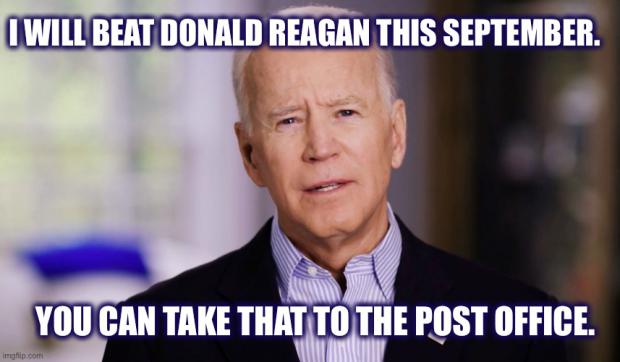 John Negroponte, the Darth Vader of U.S.  foreign policy, and a bevy of Republican former intelligence and interventionists have their reasons for liking the former VP.

Many of us are counting down the days until we can throw President Donald Trump out of office, out of Washington, out of our lives, and out of the daily news cycle.  With the death of Supreme Court Justice Ruth Bader Ginsberg, there's even more immediacy to replacing Trump.  But what would we get with a "President" Joe Biden? What would a Biden foreign policy look like?

Earlier this month, a group of Republican former senators and congressmen endorsed Biden for president, saying that he was better equipped that Trump to run the country.  At around the same time, a large group of intelligence and foreign policy professionals, most of whom had worked for Republican presidents, also endorsed the former vice president.  That sounds pretty impressive.  But let's look at what it really means.  It means that they believe Biden will continue an interventionist, neoliberal, pro-war foreign policy.

Former Ambassador John Negroponte is one of those intelligence professionals who endorsed Biden. Negroponte is the Darth Vader of American foreign policy of the past half-century.

Negroponte was ambassador to Honduras during the Iran-Contra affair, through which covert funds from the CIA made their way to the contra rebels; ambassador to Mexico as the drug cartels consolidated their power against a corrupt government there; ambassador to the United Nations as the U.S. sought to go to war with a knowingly false narrative of Iraqi weapons of mass destruction; ambassador to Iraq during the U.S. occupation of that country; and director of national intelligence during President George W. Bush's torture program.

Nobody has ever accused Negroponte of being a progressive in any sense of the word.  He loves war and has proven happy to jump into it with both feet.  And he happily and publicly endorsed Biden.