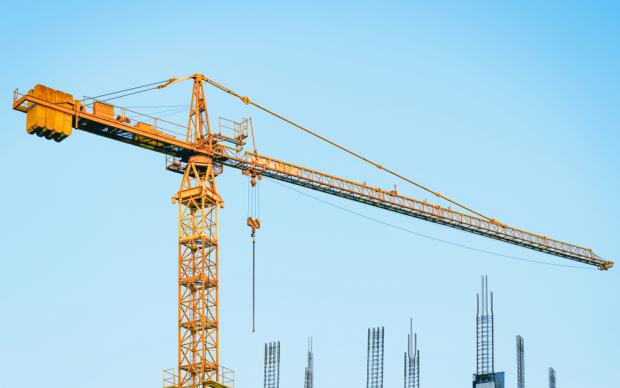 Toronto still holds the crown for most cranes in a North American city, with 124, towering above all other metropolitan areas recorded. Of the 14 measured cities, only Phoenix, Seattle, Toronto and Washington, D.C., saw an increase in the number of cranes.

Five of the 14 cities — Chicago, Denver, Las Vegas, New York and San Francisco — experienced what RLB called a "significant decrease," dropping between 27% and 76%.

Although projects across North America have resumed after being stalled by coronavirus restrictions this spring, RLB's report said "the pandemic-induced recession is expected to have far-reaching effects." For example, lenders are less likely to provide support for large developments and projects in significantly impacted sectors like sports and hospitality.

"The next weeks are going to be crucial for the future of the construction industry, especially regarding the provision of another economic support stimulus package from the federal government," Julian Anderson, president of RLB's North American region, told Construction Dive.

"If there is [a stimulus package], then I am hopeful that the recession will be shallow; if not, then I am concerned that the construction industry will be in for tough times in the new year."