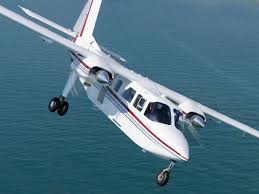 Pilotless passenger planes are planned to fly by 2030, a company has sensationally promised.

Manufacturer Britten-Norman is to roll out single-piloted aircraft in five years and hopes to go fully pilot-free within a decade.

The Isle of Wight-based company said it will allow operators to offer "uncrewed and piloted" flights.

Britain's only independent commercial aircraft manufacturer said its ultimate goal of optional full automation "should be realised within this decade".

But pilotless planes will need regulator approval and will likely scare off passengers, the British Airline Pilots' Association said.

Britten-Norman this week announced it had teamed up with British autonomous flight specialist Blue Bear to develop the technology.

The two companies are to launch a project to automate Britten-Norman's Islander later this month.

It flies on commercial routes between Scottish islands and is used for passenger flights and cargo operations.