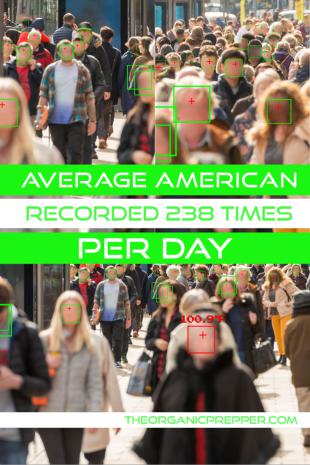 Do you have a cell phone? Unless it's an old antiquated flip phone, there's a camera. Public parks, roadways, the parking garage at your favorite shopping center, police officers wearing body cameras, school…they are everywhere.

There was a time when Americans viewed the presence of security cameras in a private business as a creepy Orwellian intrusion into their private lives. They didn't want to be recorded and watched as they did their shopping or when they went into the bank to cash their paychecks. Those days came and went and Americans accepted and adapted those cameras.

Then along came public surveillance cameras and traffic light cameras. And, once again people felt their lives were being infringed upon. Not only were private businesses still conducting the surveillance, but the government was now watching too. This left many people feeling as though their privacy rights had been taken away from them.

All that changed when 9/11 happened. Suddenly Americans couldn't be stopped from stuffing their concerns over privacy as far down the toilet bowl as they could.

Two decades later the "Privacy Train" has left the station.

Everywhere we go, there are cameras. Whether it be a camera in a retail store, at a stoplight, inside a hospital, inside an Uber car, inside a restaurant, possibly even inside your own home. Oh, and let's not forget the doorbell cameras. like the ones surveilling the entire neighborhood without their consent. If you have a smartphone, it's tracking everywhere you go and that data is being used to compile incredibly detailed information about you.

Cameras are everywhere…including in our own hands. While the images being posted on social media may just be static images, they are still pictures of someone who may not even know that image was posted.