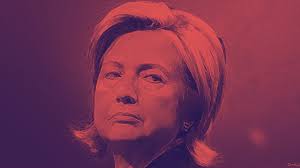 CIA Director John Brennan shared the intelligence with President Obama. They knew, in other words, that the DNC was conducting false Russian flag operation against the Trump campaign. The following is an exclusive excerpt from The Russia Lie that tells the amazing story in detail:

On March 19, 2016, Hillary Clinton's campaign chairman, John Podesta, surrendered his emails to an unknown entity in a "spear phishing" scam. This has been called a "hack," but it was not.  Instead, it was the sort of flim-flam hustle that happens to gullible dupes on the internet.

The content of the emails was beyond embarrassing. They showed election fraud and coordination with the media against the candidacy of Bernie Sanders. The DNC and the Clinton campaign needed a cover story.

Blaming Russia would be a handy way to deal with the Podesta emails. There was already an existing Russia operation that could easily be retrofitted to this purpose. The problem was that it was nearly impossible to identify the perpetrator in a phishing scheme using computer forensic tools.

The only way to associate Putin with the emails was circumstantially.

The DNC retained a company that called itself "CrowdStrike" to provide assistance. CrowdStrike's chief technology officer and co-founder, Dmitri Alperovitch, is an anti-Putin, Russian expat and a senior fellow at the Atlantic Council.