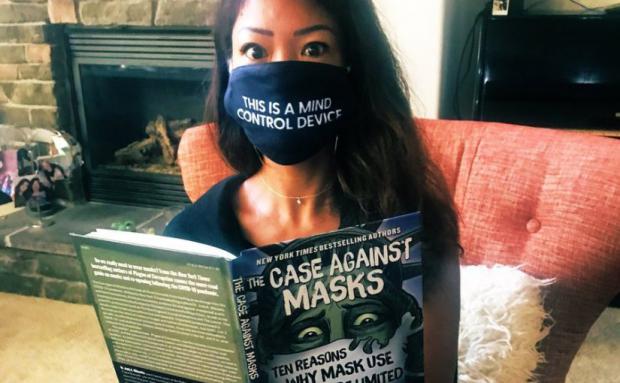 Only this time, the conservative commentator, Michelle Malkin, has agreed to accompany me to the land Down Under. We're going to talk about my recent book with Dr. Judy Mikovits, THE CASE AGAINST MASKS: TEN REASONS WHY MASK USE SHOULD BE LIMITED, and whatever else Michelle wants to talk about. She's rarely at a loss for words.

Dr. Mikovits and I were recently interviewed by Michelle, and after the show wrapped, I popped the question. I told her it will be the best trip she never took. She laughed and said "Twist my arm," and held her arm behind her back as if it was being twisted.

I know my sense of humor is an acquired taste…

…but fellow trouble-maker Michelle seems to get me. Then I got down to writing a letter to the new Prime Minister, Scott Morrison.  I mean, the old Prime Minister, Malcolm Turdbull and I were on terms, but I felt I needed to properly introduce myself to the new guy.

The complete domination of our book in science is something to behold, despite the mainstream media blackout. The all-time best-selling virus book of all time, Richard Preston's THE HOT ZONE, (published in 1994) only has 1,372 Amazon reviews. After that there's David Quammen's SPILLOVER (published in 2012) with 1,346 Amazon reviews.