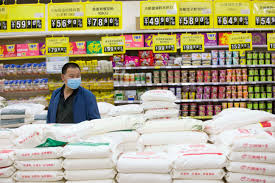 y Michael Every of Rabobank

Today is like one of those rare occasions when the Broadway understudy for a leading role finds out that the star has the 'flu (not Covid-19) and so they get to go in front of the audience for once. Yes, Europe, today is your time to shine: "Everything's coming up Milhouse!".

Or not. Because the pressure is certainly on.

First, we have the ECB. The market whisper is that they have decided that a global backdrop where the Fed, BOE, RBA and RBNZ, among others, have all flagged that things remain grave, and that far more easing can still be; where a second wave of the virus is clearly evident; and where we are worryingly close to a Hard Brexit, is the right time to sell sunny economic uplands ahead. Or at least that is what the markets will perceive the outcome to be if we indeed see their economic forecasts revised upwards without the right serious tone. They will take that to mean that while everyone else is close to doing more, the ECB isn't. And the impact, if we haven't already seen it in buy-the-rumour, sell-the-fact manner, will be appropriate.

So over to the always-says-exactly-what-the-market-wants-to-hear ECB President Lagarde to try to explain how they are upbeat, but not so upbeat that anything needs to change in any of the wrong ways – like EUR hitting the roof, for example.

Second, we have the EU trying to deal with Brexit, where the UK is, on its own admittance, steering towards acting like a rogue state and unilaterally breaking international law. There is an emergency meeting today between the two sides and, frankly, it's unclear if the UK is going to talk or declare "There is a bomb in this briefcase!" One would imagine that part of this might feed into the ECB's thinking if the meetings overlap(?)

At the same time, the EU is dealing with China. EC executive vice-president Vestager is going to be talking to China's Liu He, and the South China Morning Post reports the latter will be offering Europe the chance to join it in its proposed new China Network on data security….as opposed to the US Clean Network, being the unspoken part. Once again, we see Europe caught in the middle. Once again, it will probably "try to go its own way". In the same way Europe doesn't rely on the US in NATO and on the USD in the Eurodollar markets. The understudy, indeed.

Let's see how Milhouse does when the spotlight shines.