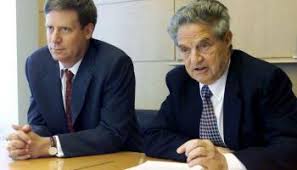 Here's what Druckenmiller, who converted his hedge fund Duquesne Capital into a family office back in 2010, said at the time:

"So, I'll never forget it. January of 2000 I go into Soros's office and I say I'm selling all the tech stocks, selling everything. This is crazy at 104 times earnings. This is nuts. Just kind of as I explained earlier, we're going to step aside, wait for the next fat pitch. I didn't fire the two gun slingers. They didn't have enough money to really hurt the fund, but they started making 3 percent a day and I'm out.

It is driving me nuts. I mean their little account is like up 50 percent on the year. I think Quantum was up seven. It's just sitting there..."

"So like around March I could feel it coming. I just – I had to play. I couldn't help myself. And three times during the same week I pick up a – don't do it. Don't do it. Anyway, I pick up the phone finally.

I think I missed the top by an hour. I bought $6 billion worth of tech stocks... and in six weeks I had left Soros and I had lost $3 billion in that one play."