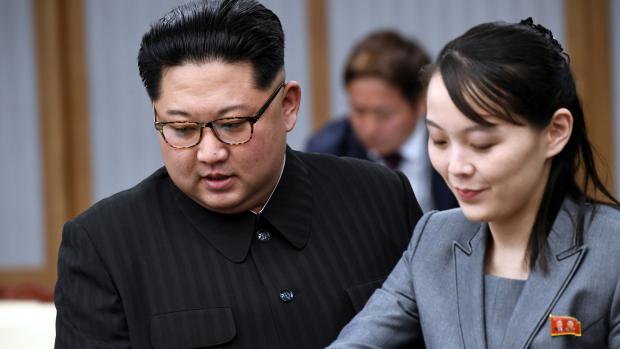 A South Korean diplomat has sensationally claimed that Kim Jong Un is in a coma and his sister is set to take control of North Korea.

Chang Song-min, an ex-aide to late-South Korean president Kim Dae-jung, claimed the DPRK is hiding the truth about its leader's deteriorating health and that he understands the dictator is in a comatose state.

It comes as speculation over Kim's true health condition has been mounting due to a lack of public appearances this year.

Speaking with local media, Chang Song-min said: 'I assess him to be in a coma, but his life has not ended.'

He added that the dictator's sister, Kim Yo-jong, 33, is in prime position to take over some of her brother's powers.

'A complete succession structure has not been formed, so Kim Yo-jong is being brought to the fore as the vacuum cannot be maintained for a prolonged period,' he said.

Chang Song-min's claims come despite North Korean media releasing pictures claiming to be of Kim attending a government meeting on Thursday. However news agency Reuters said it could not 'independently verify' the images.