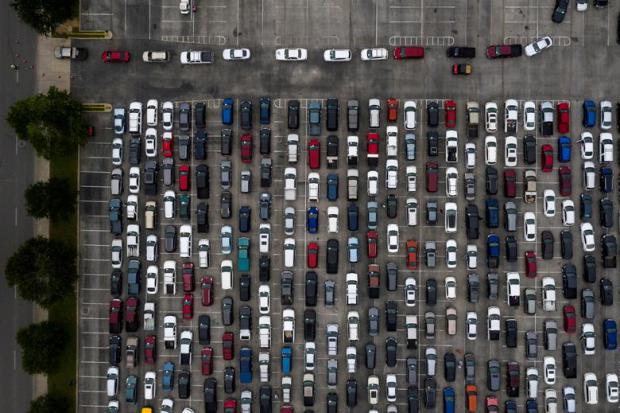 A fiscal cliff is already underway, set to enter the second week on Friday (Aug. 14) as tens of millions of Americans are unemployed and have yet to receive their stimulus checks.

The recovery, so far, is a massive economic sugar rush, entirely a function of the Trump administration on a reckless spending spree. One way the administration can artificially supercharge consumption is through issuing direct transfer payments to the working poor. The extra money has been used by households to pay down credit card bills, put food on the table, and pay housing expenses, while others used the free money to buy automobiles and FANG stocks.

President Trump signed an executive order over the weekend to fund another round of stimulus checks of approximately $400 per week, a reduction from the $600 federal aid seen in the first round from March to the end of July.

With a fiscal cliff coming up on the second week, tens of millions of folks are unable to consume because they are insolvent and jobless, and their amount of consumption is dependent on the government. We've noted before, a quarter of all household income is derived from the government. And with no stimulus checks in the mail, that means Americans are returning to food banks:

Claudia Raymer, who manages a network of food-security groups in Ohio County, West Virginia, told Bloomberg when stimulus checks stopped arriving in late July, there was an immediate impact on households, resulting in rising food bank activity among the working poor.

Live With G. Edward Griffin - Did Trump Nationalize The FED?