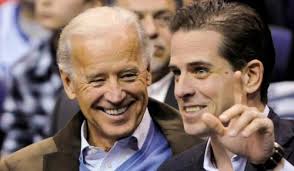 "They keep trying through every channel they can," said one State Department official in the summer of 2016, referring to Burisma's relentless lobbying - efforts which appear to include over $3 million collected by Hunter Biden's firm from Burisma while his father supervised Obama's Ukraine policy.

The new memos, released under the Freedom of Information Act (FOIA) reveal "far more contact between Burisma and the U.S. embassy in Kiev than was acknowledged by witnesses during President Trump's impeachment proceedings," according to the report.

"We have been so frustrated in our attempt to get the documentation that we need before we can sit down and interview people, and as I understand it, the documents you just obtained in your FOIA request we haven't received unbelievably," Senate Homeland Security and Governmental Affairs Committee Chairman Ron Johnson (R-WI) said on the John Solomon Reports podcast.

"I cannot tell you how frustrated and ticked off, I'll use that word, ticked off about where we are here. So yeah, I subpoenaed the FBI. And, you know, expect additional subpoenas to be forthcoming," he added.