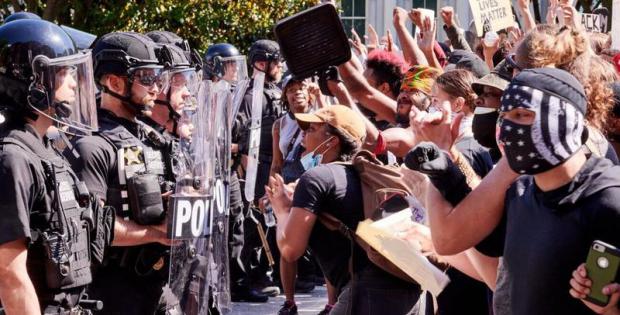 Our nation, it was shouted in our faces, is a place where white cops harass, brutalize, assault and kill Black Americans regularly and with impunity.

"Defund the police!" the Black Lives Matter demand went out, to be echoed and re-echoed by BLM's amen corner of progressive elites.

The pendulum may be swinging back, for this weekend reintroduced us to the old familiar world.

In Washington, D.C., about midnight Saturday, at a block party in the Southeast sector of the city, three shooters fired 100 rounds, wounded 20, killed a teenager and left a female police officer in critical condition.

It appears to have been an attempted massacre, a slaughter.

"More than 115 people have been slain in the District this year, a 17 percent increase over this time in 2019, which ended the year with a decade high," reports The Washington Post.

D.C.'s numbers, however, pale by comparison to Chicago, where this weekend recorded 32 more people shot, with three dead.

According to the Sun-Times, there were 106 homicides in the city in July, a single-month body count almost equal to the toll D.C. has piled up in all of the first seven months of 2020.