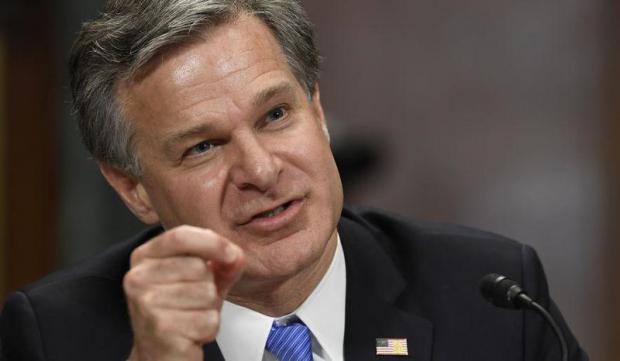 The subpoena was issued by Sen. Ron Johnson (R-WI) as part of his investigation into the origins of Russiagate. It gives Wray until 5 p.m. on Aug. 20 to produce the documents.

Johnson also released a lengthy letter on Monday in which he defended his Committee's investigation and accused Democrats of initiating "a coordinated disinformation campaign and effort to personally attack" himself and Sen. Chuck Grassley (R-IA) in order to distract from evidence his committee has gathered on Joe and Hunter Biden's Ukraine dealings.

"We didn't target Joe and Hunter Biden for investigation; their previous actions had put them in the middle of it," reads the Monday letter, which outlines the timeline and connections between Joe Biden's policy actions in Ukraine and his son Hunter's relationship with Burisma Holdings, a Ukrainian natural gas company, according to Just The News.

"Many in the media, in an ongoing attempt to provide cover for former Vice President Biden, continue to repeat the mantra that there is 'no evidence of wrongdoing or illegal activity' related to Hunter Biden's position on Burisma's board," wrote Johnson. "I could not disagree more."