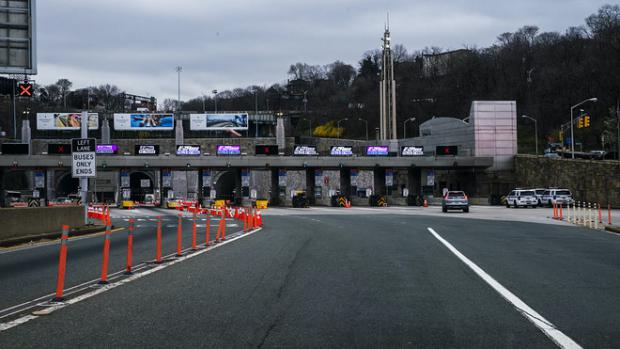 New York City Mayor Bill de Blasio said on Wednesday he was introducing checkpoints at tunnels and bridges to trace travelers coming in from COVID-19 hotspot states and force them to quarantine, but failed to explain how he would enforce it.

At a press conference on Wednesday morning, de Blasio sternly warned travelers that the law was 'serious' and that they could face a $10,000 fine if they do not self-isolate for 14 days once they arrive in the city.

The checkpoints will go up on Thursday but it remains unclear exactly where.

But de Blasio failed to explain how police or contact tracers would enforce the quarantine beyond asking them to fill out a form - found here- and simply be honest.