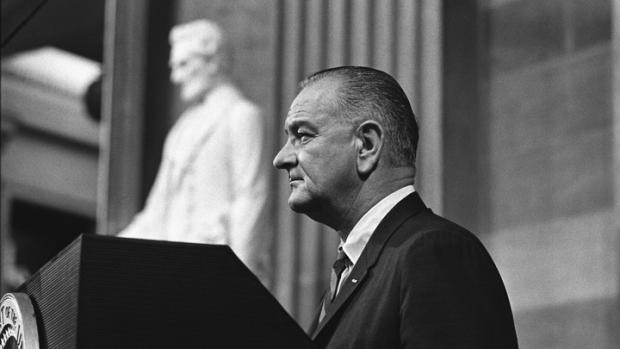 When he was twelve years old, Lyndon Johnson proclaimed to some friends, "Someday, I'm going to be president of the United States."  Thereafter, he was never shy about repeating that statement to anyone willing to listen and, with time, his resolve never lessened: In fact, it became an obsession of his, so ingrained that it became an inseparable part of his being.  Naturally, once achieved, he would do everything under his power to remain in office for as long as possible, and he did just that; at least, until the point that he had no choice left but to drop out.[1]

From the moment he became president on November 22, 1963, on the tarmac at Love Field in Dallas, Lyndon Johnson lived in fear of the possibility that either Robert or Edward Kennedy might ever become president.

Johnson felt particularly threatened by Bobby and was so afraid of the possibility of a groundswell of support for RFK's nomination as vice president at the 1964 Democratic Convention in Atlantic City that he went to lengthy manipulative efforts to prevent any chance of that.[2]