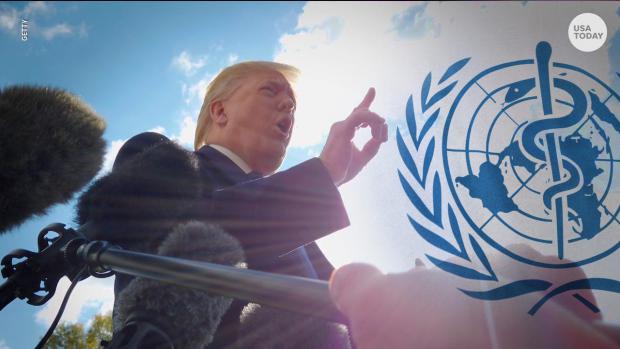 The US has officially notified the United Nations that America is leaving the World Health Organisation, and the process will be completed one year from now on July 6 2021.

However, Joe Biden says that if elected President, he will reverse the decision.

The Trump administration started the formal process of leaving the WHO this week, following the President's fierce criticism of the health body as being under the "total control" of China.

A WHO official told reporters Monday that "We have received reports that the US has submitted formal notification to the UN secretary general that it is withdrawing from WHO effective 6 July 2021."

The US gives more than $450m per year to the WHO and currently owes the body $200m, according to reports.

Senator Jeff Merkley, the top Democrat on the Senate foreign relations subcommittee said the development is "a huge win for China and a huge blow to the American people".