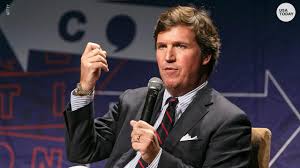 Tucker Carlson's audience is booming — and so is chatter that the popular Fox News host will parlay his TV perch into a run for president in 2024.

Republican strategists, conservative commentators, and former Trump campaign and administration officials are buzzing about Carlson as the next-generation leader of Donald Trump's movement — with many believing he would be an immediate frontrunner in a Republican primary.

"He's a talented communicator with a massive platform. I think if he runs he'd be formidable," said Luke Thompson, a Republican strategist who worked for Jeb Bush's super PAC in 2016.

While practically every Republican eyeing a 2024 presidential run is professing loyalty to Trump the person, Carlson has become perhaps the highest-profile proponent of "Trumpism" — a blend of anti-immigrant nationalism, economic populism and America First isolationism that he articulates unapologetically and with some snark. At the same time, he's shown a rare willingness among Republicans to bluntly criticize Trump when he believes the president is straying from that ideology.

Biden-Harris Are Bad On Everything, But At Least...