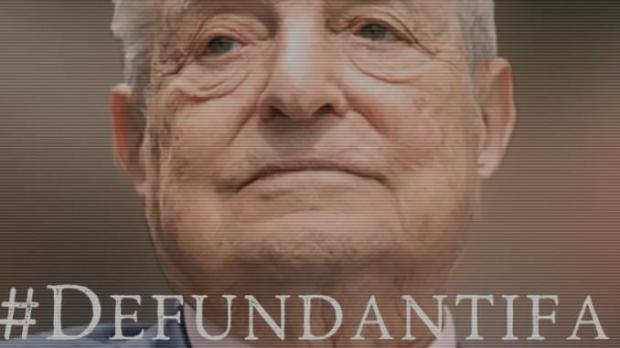 RefuseFascism uses Antifa-like tactics and the organizer claimed they receive money from George Soros and met with a Tom Steyer advisor.

RefuseFascism Organizer: "…you'll see, there's people even in the Hillary campaign worked with RefuseFascism because they see the danger."

Head of the Atlanta Chapter of RefuseFascism, Tee Stern: "We Actually Did
Get a Grant from Them (Soros) Around – We Started a Thing Called a National Day
of Appreciation for Abortion Providers."

National Organizer for RefuseFascism, Andy Zee: "…I Believe He
(Steyer) Has Political Ambitions, and He Might Not Want to Be Directly
Connected."

National Organizer for RefuseFascism, Andy Zee: "…Steyer might not
want to be connected" "…Los Angeles, San Francisco, New York, this at a certain
point dominates the national news…it's a very disruptive force."

National Organizer for RefuseFascism, Andy Zee: "…we're meeting with his (Tom Steyer) main adviser on impeachment. We've been talking to his assistant, he first said he was going to meet, he made the announcement…"