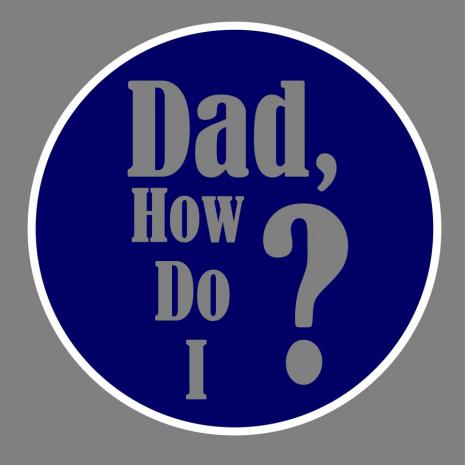 Rob Kenney wanted to step in to fill the void whenever a kid needed to learn how to do something—like change a car's oil, put up a shelf, use a stud-finder, and even iron a shirt or shave your face.

His YouTube channel, called 'Dad, How Do I?', aims to teach youth the valuable lessons a father is meant to teach. Launched only two months ago, his DIY channel already has more than two million subscribers. Fans can now count on Mr. Kenney whenever they get into a jam, using his step-by-step instructions for jumpstarting a car or unclogging a sink.

His most recent videos were posted simply to express his astonishment and gratitude over the number of fans that have been piling up since news outlets like Good Morning America and People magazine featured him in stories. His loyalest fans began telling him to monetize his good fortune.

"I didn't start this to make money," Rob told his viewers. "I started simply enough and thought I was going to help a few people . . . 30 or 40 subscribers . . . it's turned into way more than that. And please don't think I am only aiming this at young men. It's for young women, anybody who feels that they need to learn something or be empowered to learn something."

How to Quit Social Media for Good

OTHER-WORLDLY Jupiter, Saturn and Mercury conjunction how to watch tonight