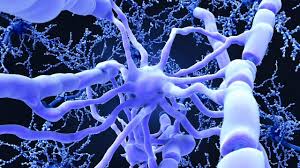 "Six months after the transplantation, we could see how the new cells had repaired the damage that a stroke had caused in the rats' brains," says Professor Zaal Kokaia, one of the researchers behind the study.

Several previous studies from the Lund team and others have shown that it is possible to transplant nerve cells derived from human stem cells or from reprogrammed cells into brains of rats afflicted by stroke. However, it was not known whether the transplanted cells can form connections correctly in the rat brain in a way that restores normal movement and feeling.

"We have used tracking techniques, electron microscopy and other methods, such as light to switch off activity in the transplanted cells, as a way to show that they really have connected correctly in the damaged nerve circuits. We have been able to see that the fibers from the transplanted cells have grown to the other side of the brain, the side where we did not transplant any cells, and created connections. No previous study has shown this," says Kokaia, who—even though he and colleague senior professor Olle Lindvall have studied the brain for several decades—was surprised by the results.