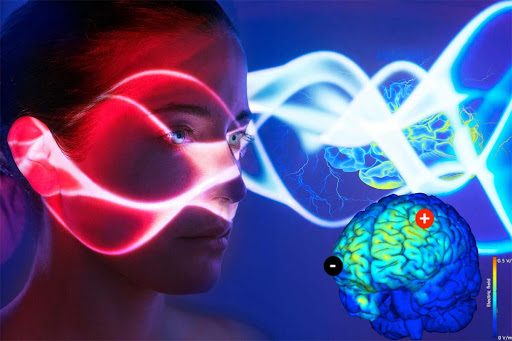 A new form of magnetic brain stimulation rapidly relieved symptoms of severe depression in 90% of participants in a small study conducted by researchers at the Stanford University School of Medicine.

The researchers are conducting a larger, double-blinded trial in which half the participants are receiving fake treatment. The researchers are optimistic the second trial will prove to be similarly effective in treating people whose condition hasn't improved with medication, talk therapy, or other forms of electromagnetic stimulation.

The treatment is called Stanford Accelerated Intelligent Neuromodulation Therapy—or SAINT. It is a form of transcranial magnetic stimulation, which is approved by the Food and Drug Administration for treatment of depression. The researchers reported that the therapy improves on current FDA-approved protocols by increasing the number of magnetic pulses, speeding up the pace of the treatment, and targeting the pulses according to each individual's neurocircuitry.

Before undergoing the therapy, all 21 study participants were severely depressed, according to several diagnostic tests for depression. Afterward, 19 of them scored within the non-depressed range. Although all of the participants had suicidal thoughts before the therapy, none of them reported having suicidal thoughts after treatment. All 21 participants had previously not experienced improvements with medications, FDA-approved transcranial magnetic stimulation or electroconvulsive therapy.

The only side effects of the new therapy were fatigue and some discomfort during treatment, the study reported. The results were published yesterday on April 6th in the American Journal of Psychiatry.

"There's never been a therapy for treatment-resistant depression that's broken 55% remission rates in open-label testing," said Nolan Williams, assistant professor of psychiatry and behavioral sciences and a senior author of the study. "Electroconvulsive therapy is thought to be the gold standard, but it has only an average 48% remission rate in treatment-resistant depression. No one expected these kinds of results."

When 60-year-old Deirdre Lehman woke up the morning of June 30th, 2018, she said she was hit by "a tsunami of darkness." Lehman had struggled with bipolar disorder all her adult life, but with medications and psychotherapy, her mood had been stable for 15 years.

"There was a constant chattering in my brain: It was my own voice talking about depression, agony, hopelessness," she said. "I told my husband, 'I'm going down and I'm heading toward suicide.' There seemed to be no other option."

Lehman's psychiatrist had heard of the SAINT study and referred her to Stanford. After researchers pinpointed the spot in her brain that would benefit from stimulation, Lehman underwent the therapy.

"By the third round, the chatter started to ease," she said. "By lunch, I could look my husband in the eye. With each session, the chatter got less and less until it was completely quiet.

"That was the most peace there's been in my brain since I was 16 and started down the path to bipolar disorder."

Nanox, maker of a low-cost scanning service to replace X-rays, expands Series B to $51M

Does the cure for covid-19 already exist? Andreas Kalcker interviewed about chlorine dioxide as a