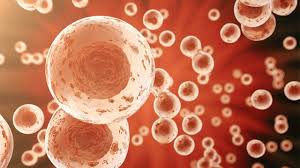 For the last couple of decades, a relatively small amount of diabetics have benefited from what's known as pancreatic islet cell transplantation. These are the cells that produce insulin in a functional pancreas and by implanting them into sufferers of diabetes, they can take on their traditional role and negate the need for regular insulin injections.

The reason this form of therapy isn't used more widely is that the great majority of recipients experience complications, as their immune system mistakes the transplanted cells for dangerous invaders and goes on the attack. Drugs that suppress this immune response are one solution, but they invite their own risks such as vulnerability to infection or more serious side effects.

So getting pancreatic islet cells to survive transplantation and function as normal is seen as a key objective by researchers in the field. Converting the patient's own liver cells into islet cells, wrapping them in seaweed-based capsules and organizing them into clusters are just a few of the ways the process may be improved, and now scientists at MIT have come up with another.

The technology involves encapsulating the cells in a protective shell made from a silicon-based elastomer, combined with a porous membrane. These pores are large enough that nutrients, oxygen and insulin can move freely through the membrane, but small enough to keep out immune cells that seek to attack the cell.

Nanox, maker of a low-cost scanning service to replace X-rays, expands Series B to $51M

Does the cure for covid-19 already exist? Andreas Kalcker interviewed about chlorine dioxide as a

Simulation Recipe to Make Matter Out of Light