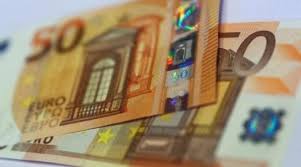 On the same day that Larry Kudlow hinted that the US fiscal stimulus has now grown in size to $2 trillion, or around 10% of US GDP, Germany's fascination with a balanced budget, aka the "black zero" brought about by the country's bitter memories of Weimar hyperinflation, ended with a whimper when Angela Merkel announced on Saturday that Germany would issue or guarantee debt amounting to  €356 billion as part of the country's emergency response to fight the coronavirus.

The amount, which is equivalent to to 10% of the country's GDP, is similar in size to China's fiscal response during the global financial crisis, which at the time was 9.7% of China's GDP.

Finance minister Olaf Scholz will also present the German cabinet with plans to create a new €500bn bailout fund to rescue companies hit by the outbreak, according to three people familiar with the plans.

The anchor of the fiscal stimulus package will be over €150bn in new debt issuance as part of what the FT dubbed a "sweeping package of emergency measures to save its economy from the brutal effects of the coronavirus pandemic", in what amounts to a radical break with the strict "black zero" fiscal policies of the past for which Germany had earned the nickname of the "austere" ruler of the Eurozone, and which helped push German debt to record low yields.