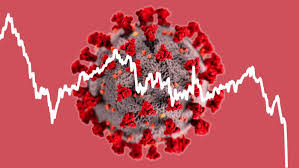 Speaking to journalists on a conference call, quoted by Financial Times, Bailey said the central bank is prepared to pump liquidity into markets via its new commercial paper facility. He said this would limit economic damage produced by the virus crisis.

He told members of the financial community that they must stop 'exploiting' vulnerable business by betting against them:

"Anybody who says, 'I can make a load of money by shorting' [aggressively betting on the value of specific companies continuing to fall] which might not be frankly in the interest of the economy, the interest of the people, just stop doing what you're doing."

Bailey made it clear that financial markets will remain open as a sign of confidence. He said firms who are thinking of reducing staff must reconsider because support from the central bank and government can lessen the shock.

He urged firms to "stop, look at what's available, come and talk to us [or] the government before you take that position," adding that support will be supplied to citizens as well.

The hardest-hit UK industries have so far been airliners, retailers, restaurants, movie theaters, and much of the services industry, as it has completely ground to a halt as the government enforces social distancing measures to flatten the curve to slowdown infections. As of 2018, the services sector accounted for at least 80% of the UK economy.