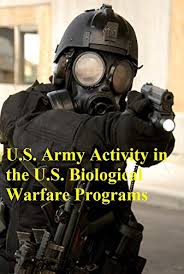 The American legal authority who in 1989 drafted the law Congress enacted to comply with the 1972 Biological Weapons Convention says the U.S. today [October 11, 2015] is in flagrant violation of that Convention.

"Since Sept. 11, 2001, we have spent somewhere in the area of $100 billion" on offensive biological warfare, charges Professor Francis Boyle of the University of Illinois, Champaign.

Boyle said an estimated 13,000 "death scientists" in 400 laboratories in the U.S. and abroad, are employed making new strains of offensive killer germs that will be resistant to vaccines.

For example, Dr. Yoshihiro Kawaoka's group at the University of Wisconsin has found a way to increase the toxicity of the flu virus by 200 times! Boyle says Kawaoka is "the same death scientist who resurrected the genocidal Spanish Flu virus for the Pentagon for offensive biowarfare purposes."