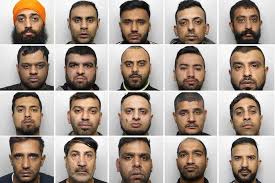 After it was found that nearly 19,000 suspected victims of child sex exploitation transpired in just one year, survivors blamed the government for making "empty promises" on ending, or even addressing, the epidemic.

In 2018, Javid claimed there would be "no no-go areas of inquiry" in regards to the rampant sex grooming of children in England.

After Javid's statement, no further statements on the review have been made. According to The Independent, the outlet was told that the work had been finished but it would only be used for internal policy-making and would not be released publicly.

Even after a freedom of information request inquiring on the research and reports, the British Home Office said they held the information but it would not be released.

In a statement, the Home Office claimed:

Disclosure would risk pre-empting decisions still to be made by ministers. In addition, the information could be misleading if made public and used out of context. We recognize that this topic in general and any insight and learning are matters of strong public interest, although it does not necessarily follow that it is in the public interest to disclose any specific information relating to it.