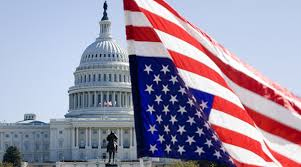 The United States was seen as abandoning the Kurds, some of whom had assisted the United States in the fight against ISIS and other terrorist groups. But the indignation over the latest U.S. policy shift in the Middle East is farcical considering the long record of U.S. double-crosses. Rather than the triumph of American idealism, recent U.S. policy has been perpetual perfidy leavened with frequent doses of idiocy.

Almost none of the media coverage of the Turkish invasion and flight of Kurdish refugees mentioned that President George H.W. Bush had urged the Kurds and other Iraqis to "take matters into their own hands and force Saddam Hussein, the dictator, to step aside" just before the start of the U.S. bombing campaign in 1991 in the first Gulf War. After it became clear that the U.S. military could not protect the Kurds from Saddam's backlash, U.S. policymakers basically shrugged and moseyed along. As a CNN analysis noted in 2003, "Bush refrained from aiding Kurdish rebels in the north, although he finally sent troops and relief supplies to protect hundreds of thousands of fleeing Kurds who were in danger of freezing or starving to death. Bush has never regretted his decision not to intervene." George H.W. Bush's abandonment and betrayal of the Kurds did nothing to deter the media and political establishment from praising him lavishly after he died in late 2018.

U.S. meddling in the Middle East multiplied after the 9/11 attacks. Even though most of the hijackers were Saudis who received plenty of assistance from the Saudi government, the George W. Bush administration seized the chance to demonize and assault Saddam Hussein's Iraqi regime.

While Trump Fights Coronavirus, Pompeo's On The Warpath