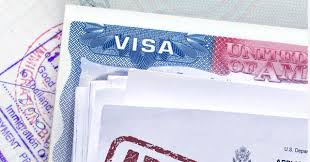 The Wall Street Journal reported Thursday night that the Department of Homeland Security will let in as many as 111,000 seasonal guest workers this summer. This would mark the highest level under President Donald Trump; last year, an additional 30,000 guest workers above the threshold of 66,000 were allowed in.

Most of the extra workers for 2020 will come from a pool of people who already have qualified to be part of the H-2B visa program.

A Homeland Security spokesperson told the Journal that Acting DHS Secretary Chad Wolf "has made no decision yet on the issue. Any numbers reported on at this time are being pushed to press by junior staff who are not privy to all of the discussions taking place."

A final decision on the matter has not been made and the numbers could still change, according to the report.

A page on the U.S. Citizenship and Immigration services website details the H-2B visa program requirements, which stipulate which countries are eligible to send workers.

Why not give the illegals what they 'demand'?