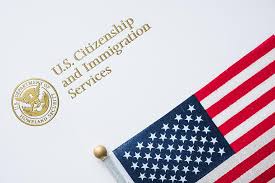 The Justice Department unleashed a legal assault on sanctuary jurisdictions across the country this week, filing a new round of civil lawsuits asking judges to overturn the policies, and warning state and city officials they could soon face their own criminal charges for harboring illegal immigrants.

Lawsuits were filed against California, New Jersey and King County, in Washington, each of which has adopted novel ways of interfering with U.S. Immigration and Customs Enforcement's ability to arrest, detain and deport illegal immigrants.

Attorney General William P. Barr also said his department is taking a look at state and local prosecutors who pursue lesser charges against illegal immigrants in order to keep their rap sheets cleaner, keeping them off ICE's radar.

And Mr. Barr said he's ordered a review to see whether the Justice Department can use a criminal law "that prohibits the harboring or shielding of aliens in the United States" against jurisdictions that have sanctuary policies.

"Today is a significant escalation in the federal government's efforts to confront the resistance of sanctuary cities," Mr. Barr said in remarks to the National Sheriff's Association, where he unveiled the legal barrage. "We will consider taking action against any jurisdiction that, or any politician who, unlawfully obstructs the federal enforcement of immigration law."