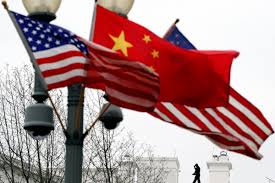 Unsurprisingly, the SCMP confirmed on Monday that this probably isn't going to happen. Odds are, China will need to delay its commitment to purchase an additional $200 billion in American goods and services, even as Beijing ends restrictions on importing American agricultural products like poultry and soybeans. Two weeks ago, rumors that China would seek "flexibility" were the earliest indication that the regime was already weighing what to do.

Now, in an obvious trial balloon, a state-backed economist is urging Beijing to invoke 'force majeur'.

Fortunately for Beijing, the two sides included a 'force majeur' clause in the deal that read: "In the event that a natural disaster or other unforeseeable event outside the control of the parties delays a party from timely complying with its obligations under this agreement, the parties shall consult with each other."

However, few expect the US to accept the delay without some kind of negotiation:  Xu Qiyuan, a researcher at the China Finance 40 Forum (and a state-backed economist in Beijing), said he believes China should request to postpone the implementation of the purchase plan "in an appropriate manner" right away.

According to the SCMP, Xu's comments about missing the deal quotas were part of a mounting consensus among international trade economists that the outbreak has made meeting the quotas impossible.