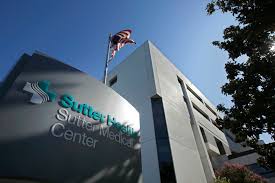 The measure would have banned all procedures on intersex children 6 and under unless the Medical Board of California deemed them medically necessary.

State Sen. Scott Wiener, a Democrat from San Francisco who wrote the measure, called it a civil rights issue and said the bill would "ensure that people who are born intersex are able to make their own choices about their health and their gender identity instead of having other people make those irreversible surgical choices for them."

But a majority of state lawmakers on a key legislative committee thought the bill's definition of "intersex" was too broad, especially after hearing testimony from a pediatric urologist who said it would limit doctors' ability to treat patients with complex medical issues.

Three Democrats and one Republican on the Senate Business, Professions and Economic Development Committee voted to reject the bill after a lengthy public hearing that included testimony from people born with intersex traits — some who supported the bill and others who did not.

State Sen. Jerry Hill, a Democrat from San Mateo, said he had an issue with limiting the surgeries until a child was 6.

3 Reasons Why Neuroplasticity is Life-Changing