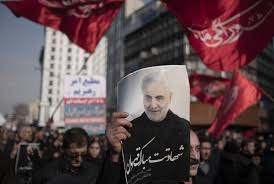 For Iran to provoke such a war is suicide. They have no incentive to escalate to that level, though they may conduct attacks consistent with previous decades. Those attacks, and the U.S. responses, will in the current political and media climate (#WWIII was trending on Twitter and frightened youngsters crashed the Selective Service website worried a draft is forthcoming) consume our attention far beyond their actual impact. But they will in reality cycle inside the rough rules of what diplomats call escalation dominance, the tit-for-tat trading of controlling the moment, trying to stay under the victims' threshold of response. Emotion is for amateurs.

The most recent series of events bear this out. According to our government officials, Iran and/or its proxies have fired on U.S. bases in Iraq multiple times, initiating the current escalation that included Soleimani's assassination and this week's missiles launched from inside Iran at American bases at Al Asad and in Erbil. Yet according to one long-time regional observer, "This doesn't yet feel like a major escalation. Iran can claim it took revenge. Feels more like an escalation to deescalate." Among other signals, the missiles' long flight time, over some 200 miles, gave obvious warning to areas already on alert.

Foreign Minister Mohammed Javad Zarif tweeted that Iran was finished fighting and was not actively pursuing further escalation. Trump undertook no immediate counterattack, and in a speech spoke only of further economic sanctions alongside some vague thoughts on future agreements. The two countries' actions add up to a collective "we're done if you're done."