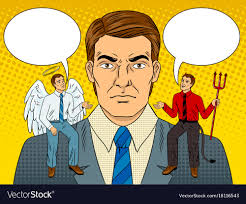 What water is there for us to clean ourselves? What festivals of atonement, what sacred games shall we have to invent? Is not the greatness of this deed too great for us? Must we not ourselves become gods simply to appear worthy of it?"

Nietzsche declared that God is dead, but he was not joyous about that declaration. Would there ever be enough water to wash the blood off the hands of man? What is left to mankind with no god to worship? Man has killed god, and with this death, man must become his own god. Is this the world we live in today, a land of make believe gods?

A term I hear over and over again, especially from Americans, is that people are basically good, but are they really? The history of the human race is one of lying, cheating, greed, brutality, rape, murder, and war. At times, some have expressed humility, compassion, love, and caring, but the modern age sees less and less of these qualities, and more indifference and aggression. It seems that people have accepted a religion of things, which encompasses only pleasure at the expense of the sanctity of inner peace. It does seem that Nietzsche was very prescient in that the average individual of today considers self-importance as his driving force in life. But man being his own god has apparently been a difficult task to master.

The Population Collapse Behind Rates, Debt, & The Asset Price Explosion

If Promoting Wealth Inequality & Social Breakdown Is Bad, The Fed Is Evil

Don't Talk to the Police