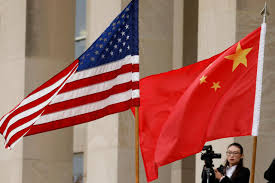 Update: China wasted no time to issue a harshly worded response to the passage of the Uighur bill, and in a statement published moments ago by the Chinese foreign ministry, said that whereas "the US plan to use the Xinjiang-related issue to sow Chinese ethnic relations, undermine Xinjiang's prosperity and stability, and curb China's development", this is "absolutely impossible" and Beijing urges the US to "immediately correct its mistakes, prevent the aforementioned Xinjiang-related bill from becoming law, and stop using the Xinjiang-related issue to interfere in China's internal affairs."

The statement ends ominously, saying that "China will respond further according to the development of the situation."

In other words, even more words, and no actions, suggesting that at this point, Xi may have capitulated and is scared of actually doing something instead of just speaking.

Full statement below from the foreign ministry:

China Claims To Have 'Cured' First Patient With Coronavirus As 90,000 Suffer

BREAKING: Coronavirus a stealth strain that can be carried by people who show NO fever or ...

The Important Things You Should Know About China's Coronavirus

China built a lab to study SARS and Ebola in Wuhan - and US biosafety experts warned...

20 Million People QUARANTINED in China for Wuhan Coronavirus: What to Do RIGHT NOW

Virologist Who Visited Wuhan Says Coronavirus is "Out of Control"

China built a lab to study SARS and Ebola in Wuhan...

Futures Hit Record High On Optimism That "Corona Is Contained"