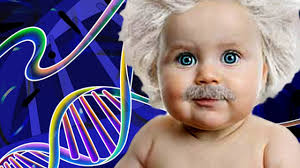 Researchers have predicted the "ethically sound" creation of the so-called designer babies by 2022.

It is expected to spark a revolution in a new wave of genetic medication of humans.

Kevin Smith, from Abertay University in Dundee, has published analysis that found the risks of gene editing are now low enough to warrant its use with human embryos.

He argued a morally justifiable attempt could be less than two years away.

And he predicted such research could kick-start a revolution in producing genetically-modified (GM) people.

Dr Smith said: "The human germline is by no means perfect, with evolution having furnished us with rather minimal protection from diseases that tend to strike in our later years, including cardiovascular disease, cancer and dementia.

"GM techniques offer the prospect of protecting future people against these and other common disorders.

"This has previously been achieved to an extent in GM experiments on animals.