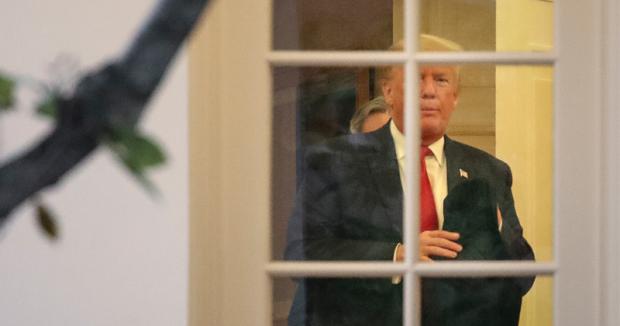 An inside source says President Trump's food taster became ill after ingesting an unnamed substance, which is why the president made a surprise hospital visit on Saturday.

In an official statement, the White House said President Trump visited the Walter Reed Military Hospital in Bethesda, Maryland, for  a "quick exam and labs."

The hospital visit was not listed on the president's public schedule, according to media outlets which indicated that the visit was not a routine physical exam.

Additionally, the inside source said his food taster was rushed to the facility after becoming extremely ill.

Doctors and staff reportedly found the byproduct of a type of toxin that's very hard to detect and has a time-delayed onset of symptoms.

Additionally, the toxin is a newer concoction that's not typically tested for since it's not well-known, according to the source.

The president was later taken to the same facility where a battery of tests were performed to assess whether he had ingested the same toxin.

There's an ongoing investigation into the matter.

During the Clinton administration, the chief chef was designated the "presidential food taster," according to the former White House chef Walter Scheib.