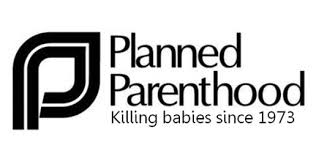 (Natural News) A federal jury in San Francisco has convicted the pro-life group Center for Medical Progress (CMP), along with its president, David Daleiden, of having violated a slew of state and federal laws when it secretly filmed Planned Parenthood employees admitting on camera to illegally harvesting and selling aborted baby body parts for fast cash.

This jury reportedly awarded Planned Parenthood "damages" of $2 million as a harsh punishment for CMP and Daleiden, which were convicted of engaging in fraud, trespassing, and illegal secret recording.

"The jury recognized today that those behind the campaign broke the law in order to advance their goals of banning safe, legal abortion in this country, and to prevent Planned Parenthood from serving the patients who depend on us," she added in a statement.

Johnson, as you may recall, wrote an op-ed that was published in The Wall Street Journal claiming that eugenicist Margaret Sanger, Planned Parenthood's founder, didn't hate black people, even though Sanger openly admitted that she considered African-Americans to be "human weeds."

For more related news about Leftists, Planned Parenthood and abortion, be sure to check out Abortions.news.

This major blow to the pro-life movement isn't going to be accepted lying down, as pro-life defense lawyers have already promised to appeal this grotesque decision. Peter Breen, the lead defense attorney at the Thomas More Society, told reporters outside the courtroom following the decision that he plans to do whatever it takes to vindicate CMP and Daleiden, who are merely engaged in honest journalism.

"This lawsuit is payback for David Daleiden exposing Planned Parenthood's dirty business of buying and selling fetal parts and organs," Breen is quoted as saying.

"We intend to seek vindication for David on appeal. His investigation into criminal activity by America's largest abortion provider utilized standard investigative journalism techniques, those applied regularly by news outlets across the country."