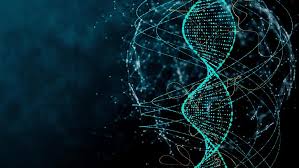 The warrant reportedly approved the search of open source genealogy database GEDMatch. An estimated 1.3 million users have uploaded their DNA data onto it, without knowing it would be accessible by law enforcement.

A decision of this kind raises concern and sets a new precedent for law enforcement's access to online DNA databases. Should Australian users of online genealogy services be concerned?

Why is this a big deal?

GEDmatch lets users upload their raw genetic data, obtained from companies such as Ancestry or 23andMe, to be matched with relatives who have also uploaded their data.

Law enforcement's capacity to use GEDmatch to solve crimes became prominent in April last year, when it was used to solve the Golden State Killer case. After this raised significant public concern around privacy issues, GEDmatch updated its terms and conditions in May.

Under the new terms, law enforcement agencies can only access user data in cases where users have consented to use by law enforcement, with only 185,000 people opting in so far.

The terms of the warrant granted in Florida, however, allowed access to the full database - including individuals who had not opted in. This directly overrides explicit user consent.

GEDmatch reportedly complied with the search warrant within 24 hours of it being granted.