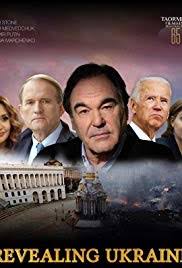 After you watch it, you will think President Trump deserves a medal for trying to uncover the shady goings-on in Ukraine that involved an American driven coup of the democratically elected Ukranian president and the shady operations to help Hillary Clinton in her 2016 presidential election bid, not to mention the crony stuff the Bidens were up to.

As I have written before. I see nothing wrong with Trump proposing a quid pro quo to get to the bottom of what was going on in Ukraine. (SEE: The Impeachment Show Inquiry: An Assessment).

After you watch this documentary, you will wonder why Trump isn't going even more aggressively to expose what has been going on in Ukraine with American operatives.

Well, there is good news. Once the impeachment show is over, friends tell me Trump is going to hit back nuclear style exposing the Democrats and their sinister operations in Ukraine.