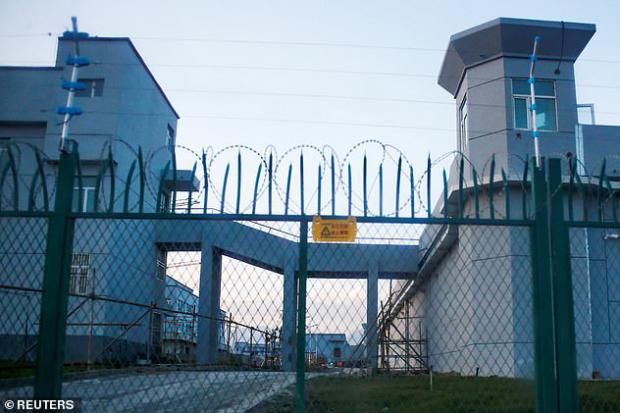 Uighur activists said yesterday that they had documented nearly 500 camps and prisons run by the country to hold members of the ethnic group, alleging that the number of detainees could greatly exceed the commonly cited figure.

The East Turkistan National Awakening Movement, a Washington-based group that seeks independence for the mostly Muslim region known to China as Xinjiang, gave the geographic coordinates of 182 suspected 'concentration camps' where Uighurs are allegedly pressured to renounce their culture.

Researching imagery from Google Earth, the group said it also spotted 209 suspected prisons and 74 suspected labor camps for which it would share details later.

'In large part these have not been previously identified, so we could be talking about far greater numbers' of people detained, said Kyle Olbert, the director of operations for the movement.

'If anything, we are concerned that there may be more facilities that we have not been able to identify,' he told a news conference in suburban Washington.