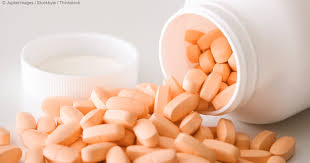 (Natural News) The myth that cholesterol is somehow toxic to the human body has greatly enriched the pharmaceutical industry, generating profits to the tune of billions for drug companies that mass market their cholesterol-lowering statin drugs to heart patients. But it's important to remember that science doesn't actually support this farce, and in fact shows that cholesterol is good for the human body, helping to decrease mortality.

This might not be news to our regular readers, but it remains a mystery to millions of Americans who still believe that egg yolks are going to kill them, along with animal fat. A new analysis evaluated by American Thinker's Thomas Lifson reiterates the fact that cholesterol is not a cause of heart attacks, as many people have been led to believe. The truth is that cholesterol helps to protect against heart attacks, which means that statin drugs actually work against your body's best interests.

Penned by P.D. Mangan, the analysis concludes that cholesterol has no connection whatsoever to heart disease, and actually contributes to its prevention. That's right: Eating bacon and eggs every morning won't kill you, and may in fact prolong your life – just be sure to buy the clean varieties that come from pasture-raised animals if these foods are part of your dietary routine.

"While total cholesterol is a poor if not utterly worthless risk marker for heart disease, doctors have focused on it to the exclusion of how it might affect other causes of death," Mangan writes, emphasizing the fact that statins eliminate something from the body that actually protects it, while themselves contributing to an increased risk of death from other causes.

"It does you little good to save yourself from heart disease if it means that you increase your risk of death from cancer," he adds, noting that statins are a known cause of cancer that should be avoided at all costs.

To learn more about other common medical myths that are leading people astray as they try to live healthy lifestyles, be sure to check out Disinfo.news.

As part of his analysis, Mangan presents three data charts as evidence that cholesterol is not the dietary villain that it's been made out to be. The studies from which his data compilation was extracted reveal that cholesterol protects against infections and atherosclerosis, as well as cancer – and when is the last time you heard about any of this from the mainstream media?