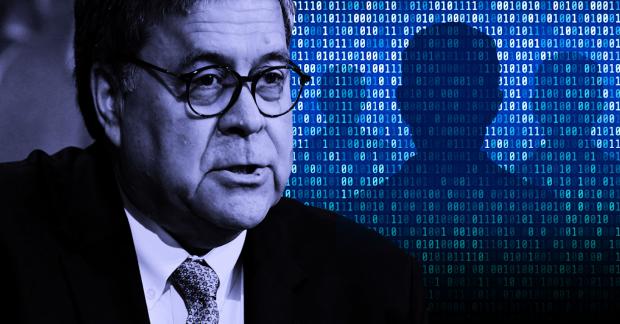 Per the memorandum, Barr has "directed the Department [of Justice] and the FBI to lead an effort to refine our ability to identify, assess and engage potential mass shooters before they strike." The Attorney General further described the coming initiative, slated to be implemented early next year, as "an efficient, effective and programmatic strategy to disrupt individuals who are mobilizing towards violence, by all lawful means." More specific information about the program is set to follow the recent memorandum, according to Barr, though it is unclear if that forthcoming document will be made public.

Barr also requested that those who received the memorandum send their "best and brightest" to a training conference at FBI headquarters this coming December where the DOJ, FBI and "private sector partners" will prepare for the full implementation of the new policy and will also be able to provide "new ideas" for inclusion in the program.

Perhaps the most jarring aspect of the memorandum is Barr's frank admission that many of the "early engagement" tactics that the new program would utilize were "born of the posture we adopted with respect to terrorist threats." In other words, the foundation for many of the policies utilized following the post-9/11 "war on terror" are also the foundation for the "early engagement" tactics that Barr seeks to use to identify potential criminals as part of this new policy. Though those "war on terror" policies have largely targeted individuals abroad, Barr's memorandum makes it clear that some of those same controversial tactics will soon be used domestically.

Barr's memorandum also alludes to current practices by the FBI and DOJ that will shape the new plan. Though more specifics of the new policy will be provided in the forthcoming notice, Barr notes that "newly developed tactics" used by the Joint Terrorist Task Forces "include the use of clinical psychologists, threat assessment professionals, intervention teams and community groups" to detect risk and suggests that the new "early engagement program" will work along similar lines. Barr also alludes to this "community" approach in a separate instance, when he writes that "when the public 'says something' to alert us to a potential threat, we must do something."