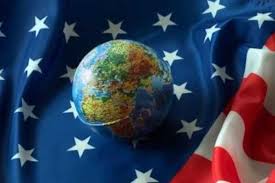 David Stockman: If it ever really happened in a hot-war sense, it would be catastrophic, because everything in the Persian Gulf would be sunk.

There would be massive amounts—tens of thousands of tons—of metal clogging up the Strait of Hormuz from all these sunken ships, both ours and theirs.

The oil fields on the eastern Persian Gulf of Saudi Arabia would be in ruins, and so would most of Iran. Obviously, it would be catastrophic, because the price of oil would shoot to $200 or $250 a barrel—and the world economy would buckle. The governments would then go crazy printing money—stimulating and borrowing. That would be the ultimate Armageddon. But I don't really think it's going to happen.

At least the Saudis appear to be rational enough to avoid a hot-war escalation, even though the crown prince has proven he's a bit of a hot head, he's impulsive, and he's gotten them into places they had no business engaging. The Yemen thing is a catastrophe for them and they're beginning to see that, but I think we can read the tea leaves.