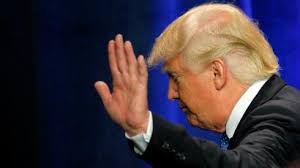 It's pathetic because it denigrates real whistleblowers like Edward Snowden, John Kiriakou, Chelsea Manning, Thomas Drake, and William Binney. Those people are the courageous ones. They risked their careers, their liberty, and even their lives to expose criminal wrongdoing within the national-security state agencies they were working for.

That's not what that supposed CIA agent did when he filed his complaint against Trump. He didn't blow the whistle on his agency, the CIA, by exposing some secret dark-side practices, such as MK-Ultra drug experimentation on unsuspecting Americans, secret assassinations of Americans, secret assets within the mainstream press, or secret destruction of torture videotapes of incarcerated inmates at a top-secret CIA prison center in some former Soviet-bloc country.

If he had done that, the CIA would have come after him with all guns blaring, just as the national-security establishment has gone after Snowden and those other genuine whistleblowers. In fact, that's how one can usually identify a genuine whistleblower. That's obviously not happening here. Instead, the national-security establishment is hailing this "whistleblower" as being a brave and courageous hero for disclosing supposed wrongdoing by Trump, not by the CIA.

That anti-Trump CIA agent isn't a whistleblower at all. Instead, he's nothing more than a spy and a snitch. He is obviously a spy. After all, he works for the CIA, the premier spy agency in the world. And by turning in Trump in an obvious attempt to get him into trouble, he's also obviously a snitch.